A History Of Air Ducts 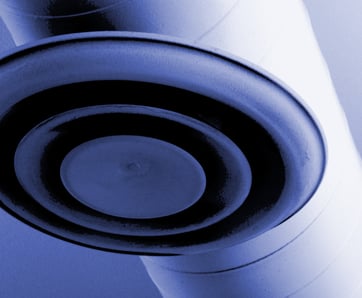 The ductwork that goes so unnoticed above our heads performs an incredible act of engineering every day, and fully shows our control over the environment. It can be freezing cold outside, or a sweltering heat, but the HVAC system and its connected veins of ducts keep the air inside comfortable and fresh. We take it for granted that we will be comfortable inside, but it is really something we should be amazed by.

Where did these air ducts come from and when did people start using them?

The modern ductwork we use began as the creation of flues and chimneys used by the Chinese and Greek in the 7th century. These helped to keep a building warm without filling it with smoke, but the first recorded central heating came from the Romans. Around 300 B.C. the Romans used a series of vertical tubes underneath a tile floor to heat a room. The vertical tubes were connected to a central wood furnace, and the warm air was then sent through ducts into the room being warmed.

During the Renaissance the idea to send steam or hot water through pipes was developed to provide heat for a building, which is the early predecessor of a modern radiator. This concept was used all the way through the 19th century as the primary way to heat buildings.

People in warm areas wanted a way to cool off inside though. In ancient Egypt people hung wet reeds in their windows which cooled the air that blew over them. In 1758 Benjamin Franklin found that the evaporation of alcohol can cool something down enough to freeze water; around the same time Michael Faraday found the same results using compressed and liquefied ammonia.

In 1902 a device was developed for a publishing company to blow air over cold coils to keep the temperature and humidity at levels that kept paper from wrinkling- this became the Carrier Air Conditioning company that is still around. In 1906 the invention of the atomized sprayer, which is a group of water filled ducts that spray a mist that subsequently cools the air through evaporation, was developed to cool the air inside textile manufacturing plants. This lowered the temperature during the hot summer months and made the yarn easier to spin, and gave birth to the name ‘air conditioning’.

In 1930 Freon was developed and began being produced, where it was used in air conditioners to evaporate and condense, drawing the heat and moisture out of the air and blow the cool air back into the building. Originally this was found in the recognizable window units, which cost the equivalent of $150,000 today. After World War 2 air conditioning became a standard choice, and central air eventually was developed.

If your commercial or industrial HVAC system isn’t performing the miracle of temperature control as well as it should you need to contact a Hughes Environmental representative to learn about how our duct cleaning services can help you.